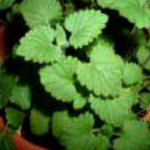 Catnip is a perennial herb native to Eurasia and North America. Although some people consider it a weedy pest, it is now cultivated worldwide as an ornamental. It has also been grown as a medicinal plant and a food source. Fresh leaves of the catnip plant have a mint-like scent, while dried leaves smell like alfalfa. In all members of the cat family, contact with catnip causes a peculiar reaction called the catnip response. Even scientists don’t fully understand why felines respond to catnip the way they do. They do know, however, that this inherited reaction is induced by a chemical in the herb called nepetalactone, which is chemically similar to hallucinogens. Kittens are largely unaffected by catnip, and even those who are genetically predisposed won’t feel a real thrill until they’re at least six to eight weeks of age. Older cats seem to be less sensitive to the herb as well. But best of all, this feline treat is not toxic and its effects will not harm your pet. The catnip response includes initial investigation, oral contact, grasping and kicking, and abandonment. It lasts an average of about 6 minutes but is most intense for 2-3 minutes. Male and female cats of reproductive age are more sensitive to catnip than very young or old cats. In humans, a hot infusion of catnip can promote sweating and is often used to treat colds, flu, and fevers. Catnip is also said to soothe the nervous system and calm the stomach, aiding both diarrhea and colic. It has been used as a folk remedy for colds. It has also been grown for centuries in France where the leaves and shoots have traditionally been used to flavor foods. Most recently, researchers at Iowa State University may have found yet another use for this member of the mint family–as an insect repellent.